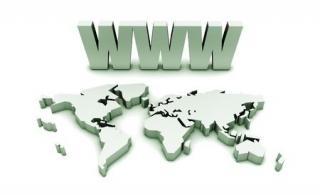 The many freedoms we experience on the internet are at risk, and the way commerce is conducted over the web is being seriously threatened. We recently received this open letter from Main Street, an advocacy group that believes in limited government, individual liberties, fiscal responsibility, and the power of the free market, along with EBay, who also own Paypal and Stub Hub.  Check out what they have to say here.

“The principle of net neutrality is critical for the Internet of today and for the future. As we recently reported, the fight for Network Neutrality continues as the Federal Communications Commission (FCC) seeks public opinion on the best way to preserve Open Internet access in the United States. Millions of Americans from all across the country have already voiced their opinion on the importance of protecting the future of the Internet. In a blog post earlier this week from Richard Nash, eBay Inc.’s Head of Government Relations for the Americas, eBay Inc. reiterated its concerns with broadband service providers developing business models that create slow lanes and fast lanes on the Internet and urged the FCC to make sure there are no barriers to entry to the digital world.

"EBay Inc. believes the principle we call net neutrality is worthy of the strongest protections. The Internet has become such an important tool for communications, commerce, education and leisure, and has the power to accelerate inclusion in the digital world for people across the globe," wrote Nash. "Making sure EVERYONE can access what he or she chooses on the Internet, however they wish, is something we shouldn’t take for granted."

"It is not too late to join in and voice your concern. If you believe that the current open model of the Internet, without fast lanes and slow lanes based on business deals by broadband providers, is important, now is a great time to get involved. You can add your voice to the debate by submitting a comment to the FCC.

What are your thoughts? How would more regulation affect you and your business?