WE WILL BE CLOSED JULY 4TH FOR INDEPENDENCE DAY 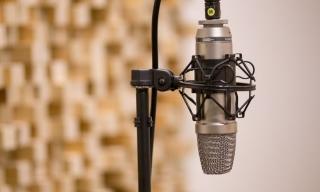 Male vs Female Voice Over Acting: The Benefits of Each

When it comes to your project—be it an advertisement, film, or something in between—you want to make sure you hire the perfect voice over actor for the job. You must carefully consider your target audience and the message you want to give them so you can find a voice to match. When choosing a voice over actor, many people ask themselves whether they should choose a man or a woman for the job. To help you find the perfect fit for your project, here’s our guide to the benefits of male vs female voice over acting.

When it comes to male vs female voice over acting, the benefits of each depend on your specific project. You should always pay attention to your target audience and what they want to hear. Don’t be afraid to experiment with different voice over actors and styles. It’s always good to have options throughout auditions and even into production. When you know your audience and your message well, you’ll be able to find the perfect voice to make your project a success.