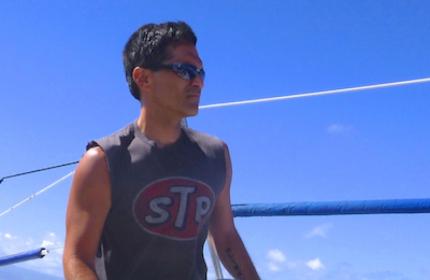 , Molson Canada, Infiniti, Honda, Nestle, Papa Johns, BMW, Colgate-Palmolive, Lexus, McDonalds, The U.S. Navy, Oracle, Citgo, Mercedes Benz, Toyota, Miller-Coors, Mitsubishi, Salesforce, Volvo, Pizza Hut, Chevy, Domino’s Pizza, RE/MAX, Tony Robbins, Kia, Revlon, JetBlue, Facebook, Super 8, Gamefly, Volkswagon, Stella Artois, Mini, LiveNation, CBS Radio, Kaiser-Permanente, Farmers Insurance, Sams Club, Olympic Paints, Autoland, DHL, Fujitsu, Brussels Airlines, Dun and Bradstreet, Universal Music Group and many other big brands you may know. Oh, and I am the voice of Katsuro in the hit game Fruit Ninja. As a bestselling author and former TV and radio host, I believe I know what draws an audience in and how to use my naturally dynamic, friendly, warm and conversational voice to captivate them with your message. Aside from VO (which is my passion) I have written for television, hosted my own nationally-syndicated TV series and evening drive time radio show on Sirius. I also draw from an extensive music background having composed original music for The Winter Olympics on CBS, several TV series and videogames. I have also been featured by Playboy Magazine, on TV's "Access Hollywood", E! Entertainment's "Secret Societies of Hollywood" and "The Soup".